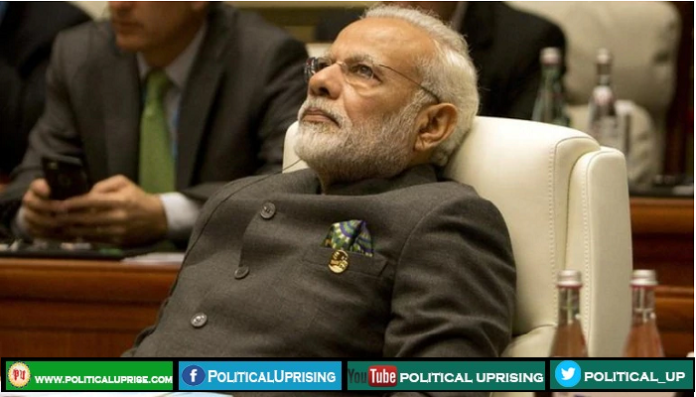 BJP has lost the Jharkhand state on which they have strong hold since 2014,It is seen as setback for Prime Minister Narendra Modi‘s policies.

India‘s ruling Bharatiya Janata Party (BJP) has lost control of the eastern state of Jharkhand, which made headlines in the past few years for a series of mob lynchings mostly over cows, an animal considered sacred by some Hindus.

The results of the state assembly polls, declared on Monday, showed a pre-election alliance of the regional Jharkhand Mukti Morcha (JMM), the Indian National Congress and the Rashtriya Janata Dal (RJD) winning 47 of the 81 seats.

The BJP, which ruled the state since 2014, won 25 seats, according to the Jharkhand state’s election commission.

The Hindu nationalist BJP’s loss of a state it has ruled since 2014 is being seen as a setback for the policies of Prime Minister Narendra Modi.

These are the second state elections the BJP has lost since returning to power with a thumping majority in the general elections in May.

People here are angry with the BJP, the results show this,” Hemant Soren of the Jharkhand Mukti Morcha, who is tipped to become the chief minister, was quoted as saying by the Indian news channel.

His party won the largest number of seats at 30.

Among the issues that angered the electorate was nearly 20 cases of mob lynchings of mostly Muslims in the resource-rich state by Hindu vigilante groups believed to be affiliated to the ruling BJP.

In June this year, Tabrez Ansari, 24, was beaten to death by a mob in Jharkhand’s Kharsawan district on suspicion of theft, causing a public uproar.

In 2016, Imtiaz Khan, a 12-year-old schoolboy, and Majloom Ansari, a 32-year-old cattle trader, were abducted, beaten and hanged from a tree in the state’s Latehar district.

Eight people were found guilty of murder and sentenced to life imprisonment.

Since 2012, at least 133 cow-related attacks were reported in India, leading to 50 deaths and more than 290 injuries, according to a FactChecker.in database that records such attacks.

About 98 percent or 130 of the crimes recorded in the database took place after 2014, when the BJP first came to power at the centre, and in Jharkhand state later that year.

Three of the five rounds of voting in Jharkhand were held in the middle of a sometimes deadly wave of nationwide protests triggered by a new citizenship law, which critics say discriminates against Muslims and has brought thousands of people out on to the streets in opposition.

The polls in Jharkhand opened on November 30, before the demonstrations kicked off.

However, the BJP’s defeat will be a shot in the arm for India’s opposition parties, some of which have used popular anger against the Citizenship Amendment Act to their advantage.

The Modi government insists that the law is needed to help persecuted non-Muslim minorities from Afghanistan, Bangladesh and Pakistan who came to India before 2015 by giving them Indian citizenship.

In a show of strength on Monday, the BJP staged a protest, attended by several hundred people, in Kolkata in support of the CAA.

“It is wrong to treat the Jharkhand results as a referendum on the citizenship law. State assembly elections are fought on local issues,” BJP spokesman Gopal Krishna Agarwal said.

Since January 2018, the BJP has lost state elections in Rajasthan, Madhya Pradesh, Chhattisgarh and Maharashtra states.

BJP has lost the Jharkhand state on which they have strong hold since 2014.

US security contractor kidnapped in Afghanistan