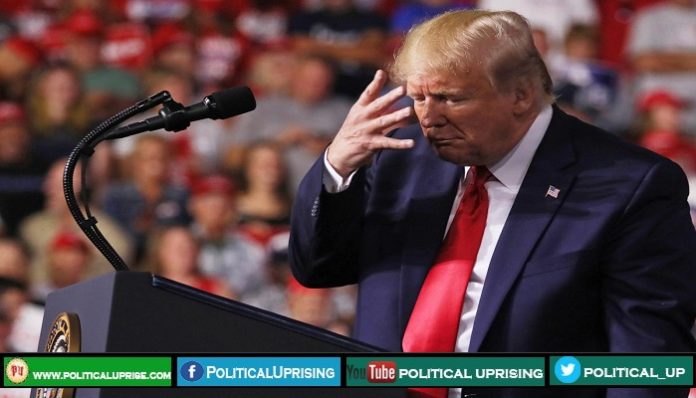 Trump impeachment inquiry has entered to crucial stage as at least nine current US officials scheduled to testify in public, televised, hearings.

Week 2 of the Trump impeachment hearings kick off with testimony from Vindman, Williams, Volker and Morrison.

The impeachment inquiry of US President Donald Trump entered uncharted territory last week with the first public hearings of the investigation.

The inquiry is set to deepen this week with at least nine current US officials scheduled to testify in public, televised, hearings.

A second hearing will follow with Kurt Volker, the former US special envoy for Ukraine, and Tim Morrison, a former National Security Council Russia a expert.

The inquiry is centred on a July phone call between Trump and Ukrainian President Volodymyr Zelenskyy in which the US leader asked his Ukrainian counterpart to open an investigation into former US Vice President Joe Biden, who is also a top Democratic 2020 presidential contender, and his son, Hunter, who had served on a board of a Ukrainian gas company. There has been no evidence of wrongdoing by the Bidens.

The call came to light due to a whistle-blower complaint. At the time of the call, the US was withholding nearly $400m in military aid from Ukraine, prompting speculation that Trump was using the money as leverage to get the desired investigations. The money was later released.

Trump has denied that any quid pro quo (Latin for “favour for a favour”) took place, describing the call as “perfect”.

Lieutenant Colonel Alexander Vindman, the National Security Council’s (NSC) top Ukraine expert, has rejected attacks on his judgment and credibility during the House impeachment hearings into President Donald Trump by reading from a glowing performance review he received.

The review came from Fiona Hill, who was his boss on the National Security Council until this summer. She described Vindman as “brilliant” and “unflappable” and a stellar military officer with excellent judgment.

Vindman pulled out a copy of the review and read from it during questioning Tuesday from Republican Representative Jim Jordan of Ohio, who asked the Army officer why some colleagues have raised questions about his judgment.
Ukrainian President Volodymyr Zelensky said on Tuesday that his country is “tired” of questions related to the Trump scandal, amid a critical week of public impeachment hearings in Washington.

“We have our country, we have our independence, we have our own problems,” he complained after a press conference in Kiev with visiting Czech prime minister Andrej Babis.

When an American reporter pressed Zelensky on whether he had been ready to launch a probe into Joe Biden’s son’s ties to Ukraine energy company Burisma, as a concession to Trump.

“Everyone in Ukraine is so tired of Burisma,” Zelensky said, before quickly leaving the room full of reporters.
A US official says the Army and local law enforcement are providing security for Lieutenant Colonel Alexander Vindman, who is testifying Tuesday during the House impeachment hearing.

The official says that the Army did a security assessment in order to make sure that Vindman and his family are secure, so the officer did not have to worry about that as the proceedings go on.

The official said the Army is prepared to take additional steps if needed, which could include moving Vindman and his family to a more secure location on a base.
Under questioning from Representative Jim Himes, a Democrat, as part of the House impeachment inquiry into President Donald Trump, the National Security Council’s (NSC) top Ukraine expert, and Jennifer Williams, a special adviser to Vice President Mike Pence, both said they were not “never Trumpers”.

Vindman and Williams were responding to previous accusations by the president that both witnesses belonged to a group of government officials who Trump and his allies say have vowed to defy him at every turn.
Lieutenant Colonel Alexander Vindman, the National Security Council’s director for Ukraine, said he was made the offer to become the defense minister of Ukraine while attending the inauguration of Ukrainian President Volodymyr Zelenskyas part of the official US delegation.
Chairman of the House intelligence committee Adam Schiff, a Democrat, interrupted Republican questioning during a public hearing as part of the House impeachment inquiry into President Donald Trump to “protect the whistle-blower”.

During questioning, ranking Republican committee member Devin Nunes asked if Lieutenant Colonel Alexander Vindman, the National Security Council’s (NSC) top Ukraine expert, had told anyone outside of the White House about the July 25 phone call between Trump and the president of Ukraine, which has become central in the impeachment probe.

Schiff interrupted, saying “I want to make sure there is no effort to out the whistle-blower in these proceedings“.

Vindman then answered, “per my counsel, I’ve been advised not to answer questions about specific individuals from the intelligence community”.

Trump impeachment inquiry has entered to most crucial stage with top witnesses on deck.

Foreigners will now require to identify their true property ownership in...