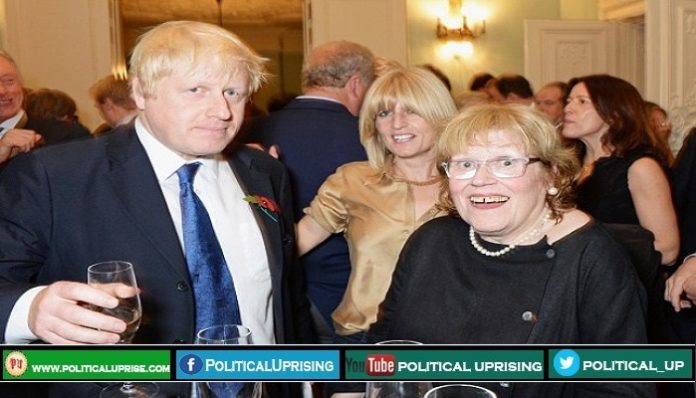 Brexit deadline:British Prime Minister Boris Johnson has revealed that he is NOT the only Brexit supporter in his family his mom backs him over Brexit too.

It´s a bitter issue that has divided families, Britain´s prime minister included. But Boris Johnson on Wednesday revealed that while he may have fallen out with his brother and sister over Brexit, at least his mum agrees.

“I know there are some keen students of alleged divisions in my family on matters of the EU but I want you to know, conference, that I have kept my ace up my sleeve, my mother voted Leave,” he told the Conservative Party conference in Manchester, north west England.

Johnson´s father Stanley, a keen supporter of leaving the EU after initially backing Remain, was seen laughing in the crowd, appearing to mouth the words: “I did not know that.”

Jo Johnson quit his brother´s government last month over its plans to leave the EU on October 31 “come what may”.

Their sister Rachel, also a vocal critic of Brexit, has alleged that the prime minister might be pursuing a no-deal Brexit on behalf of speculators betting on a weak pound.

The family rift has added a Shakespearean subplot to the Brexit crisis consuming the country, echoing similar household feuds across Britain.

She and Stanley Johnson divorced in 1979, and she has battled with serious mental health problems throughout her life, which saw her in and out of hospital when the future prime minister was a child.

Rachel Johnson wrote in the Sunday Times that her mother was “32, had depression and galloping obsessive compulsive disorder… and was finding things hard, trying to combine her painting and looking after Alexander (Boris), 10, me, 9, Leo, 7, and Joseph, 2.”